Smoke and Heat Exhaust Ventilation systems (SHEV’s) are designed to assist with the natural extraction of smoke from a building during the event of a fire, and Automatic Opening Vent (AOV) roof lights can be an effective choice for this type of application. However, specifying the correct type AOV roof light, is vital to ensure maximum safety and compliance with Building Regulations.

Although both standard and electronic opening rooflights can aid smoke clearance, they should not be used specifically for smoke ventilation purposes. To comply with Construction Products Regulations, AOV systems must be CE marked against EN 12101-2:2003, a European Standard which gives the appropriate testing methods for components specifically installed as a natural smoke and heat exhaust system. When specifying ventilation rooflights for smoke extraction purposes, ensure you choose a EN 12101-2:2003 compliant rooflight.

What is the purpose of smoke ventilation systems?

Smoke ventilation systems are designed to keep escape routes free from smoke and assist fire-fighting operations by creating a smoke free layer. When using AOV’s smoke is not extracted by mechanical means; they are triggered by fire alarm systems and open to a prescribed angle so that smoke can be naturally vented to the outside. This significantly improves the life safety protection of the building and reduces the consequential financial losses caused from smoke damage.

Where are they used?

Most smoke vent systems or AOV’s are installed in corridors or stairwells and are frequently specified in hospitals, schools, hotels or apartment blocks. Typically, the system will consist of a base unit with a hinged lid section that is forced open by an actuator system. In terms of functionality, these systems must work flawlessly when triggered.

In order to be efficient, AOV systems must undergo a series of rigorous tests which adhere to EN 12101-2:2003. These tests typically include cycle testing over many thousands of operations and also testing in a high and low temperature range with no more than a 10% reduction in opening area. The unit will be required to function under snow and wind loads, whilst opening to fire position using both mains and battery power in under 60 seconds.

Any manufacturer that has carried out these tests must provide a Certificate of Conformity supplied by a accredited body. This details the loadings and temperature ranges the AOV has been subjected to during testing and should be accompanied by a Declaration of Performance.

All of these tests mean that in the event of a fire the AOV system can be relied upon to perform its function and evacuate smoke from the building. Although it may be possible to connect other types of ventilation rooflights to alarm systems to act as an AOV, this is not permitted under Construction Products Regulations.

Any system that is covered by a harmonised standard, such as EN 12101, has to be CE marked and therefore has to have undergone testing in accordance with the standard. Non CE marked units will not have undergone any testing and are likely to fail in the conditions they will be subjected to during a fire, potentially causing serious injury or death. 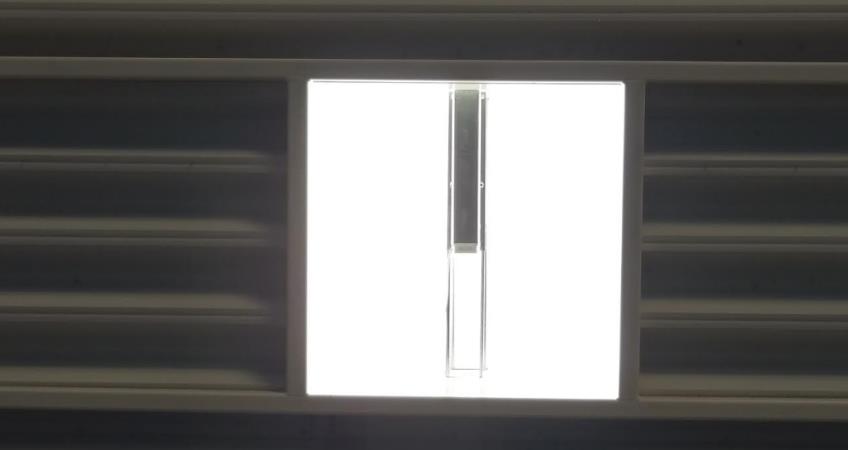 Typically smoke vent rooflights are not aesthetically pleasing. As a fire safety product, visuals are often overlooked due to the central focus placed upon functionality; actuators tend to be obstructive and create bulky framework.

This site makes use of cookies which may contain tracking information about visitors. By continuing to browse this site you agree to our use of cookies.